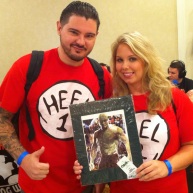 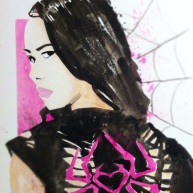 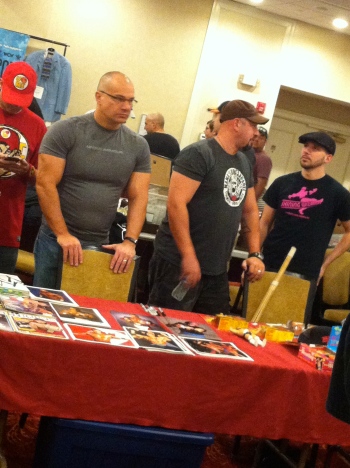 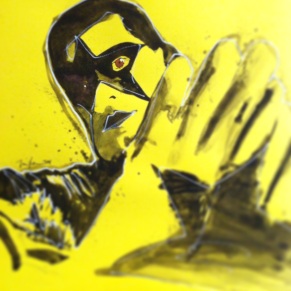 The Legends of the Ring FanFest has returned. So has The Mimik.  So has the FWO movement. Just as big. Just as ready.

Included on the agenda are four new illustrations/paintings to be displayed along side the other wrestling character portraits. (Look for an earlier video entry on these painted originals).

The Mimik was glad to see familiar faces & welcomed all newcomers to the event & that purchased a print or two. The Fresh World Order sincerely appreciates all of your support! Also pleased to meet WWE greats such as Ricky the Dragon Steamboat, Tito Santana, The Honky Tonk Man, ECW’s Justin Credible & Mr. Hardcore himself: Tommy Dreamer.  The Mimik was also able to catch up with another old friend: WWE’s/TNA’s Devon.

The Next LOTR show won’t be until nxt year in June. There are some plans being discussed to make The Mimiks FWO even bigger & exciting! Fingers crossed & stay tuned.

07 Oct This entry was published on October 7, 2014 at 5:00 am. It’s filed under Events and tagged artist, artwork, auotgraphs, event, for hire, illustrations, Legends of the Ring, mimiksan, new jersey artist, signings, the mimik, wrestlers, WWE. Bookmark the permalink. Follow any comments here with the RSS feed for this post.