‘Blame It On The Summer’ 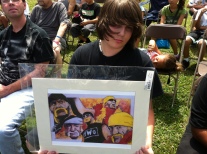 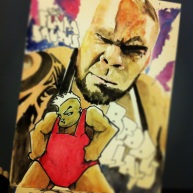 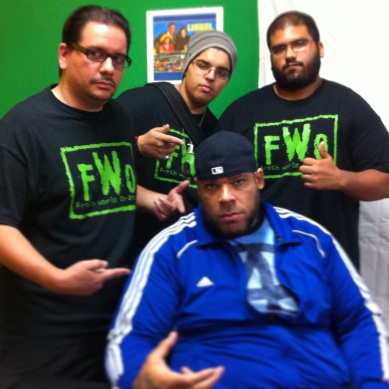 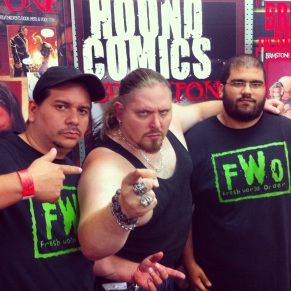 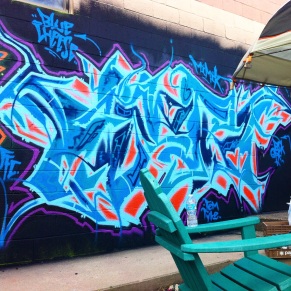 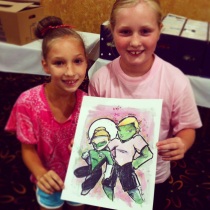 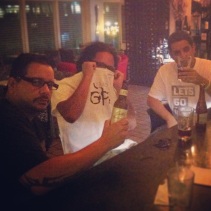 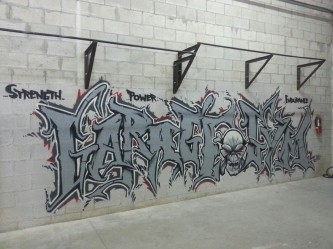 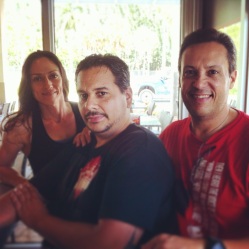 Summer came. Summer went. The Mimik busy. Spreading himself thin, but wouldn’t have it any other way.

The Mimik & the FWO crew stopped by Allentown, PA for WXWC4’s yearly event known as Sportsfest in June. The Mimik setup a vending table of purchasable prints of original artwork depicting some of the talent/students of The Wild Samoans Training Center who happened to put on another awesome show. Much thanks to Samoan Dynasty’s own Samu Anoai for this oppurtunity.

Not to far from Allentown is The Merchant Square Mall. Two events took place there. The first was an autograph signing featuring former WWE superstar Brodus Clay. The Mimik had a painting in the works to be introduced to the funkster. Second was The Great Allentown Comic Con with one of several special guests: Brimstone from Hound Comics. It’s become a tradition to stop & see this man when he comes around.

Next was The Jersey Fresh Jam @Terracycle located in Trenton, NJ where graffiti muralists from the Tri-State get together & let loose. Here The Mimik was companied by his fellow FRESHman ElanWonder. Always a pleasure seeing friends @this event.

There was another smaller event in Clifton, NJ hosted by a comic book show promoter where The Mimik did customized cartoon character portraits of the young fans favorite heroes.

Lastly was a road trip to Hialeah, The Mimik’s hometown to visit the family before The Mimik’s school work schedule kicks in this semester. Once in Miami the call from The GPKids came in to paint a small mural in Ft. Lauderdale. On another night The Mimik volunteered to do his thing @Revolution Night Club. Good looking out to WIES, NOR, DENS & PANZA for the hook up.

Finally… last but not least The Mimik also met up w long time friend & mentor, Aikido instructor, & owner of Garage Gym Miami: Jorge Angulo. There was talk of adorning the concrete walls with a trendy mural & the time was now.

Everything fell into place nicely. Plenty of happy faces all around. Now… time for Momma Mimik’s home cooking!